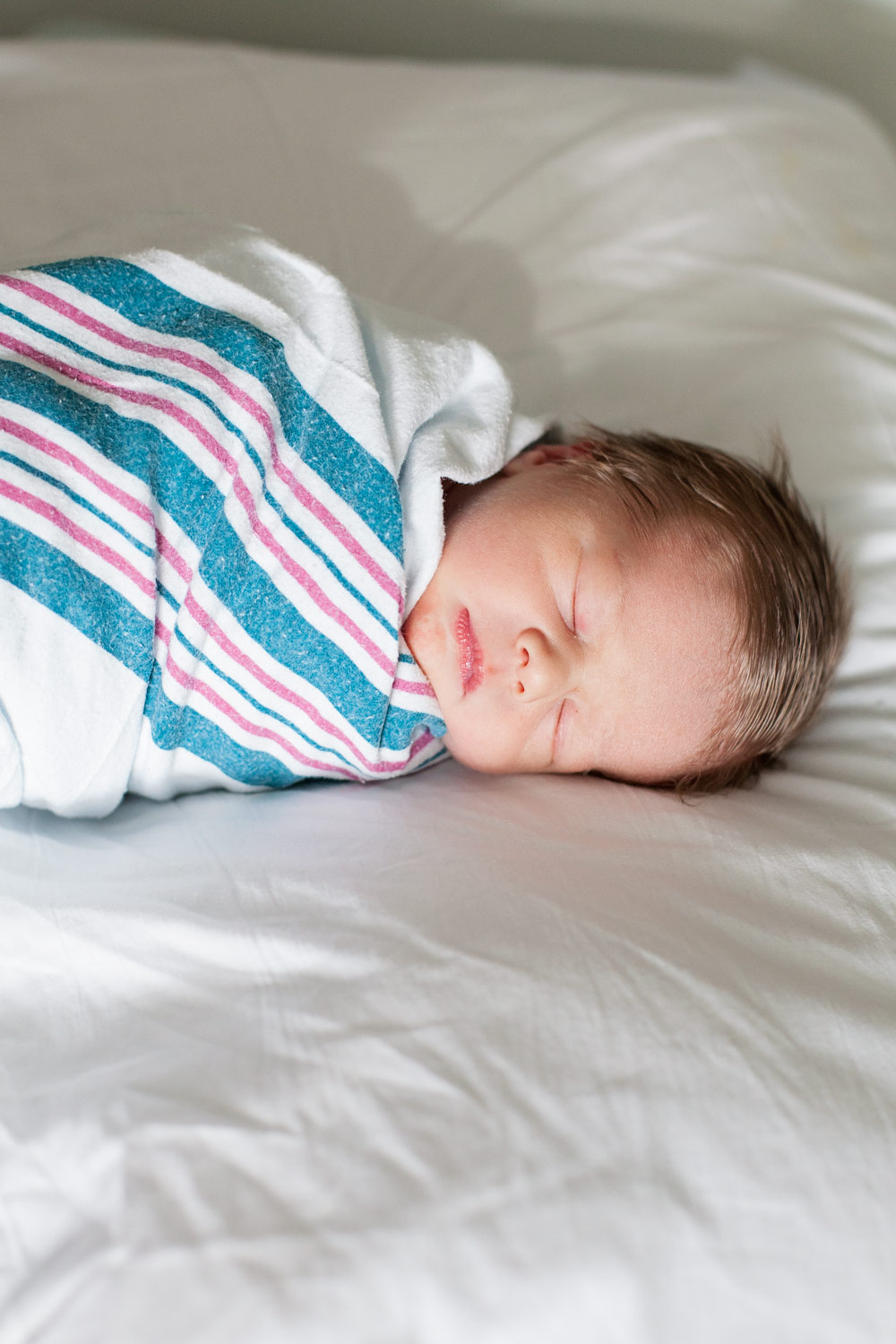 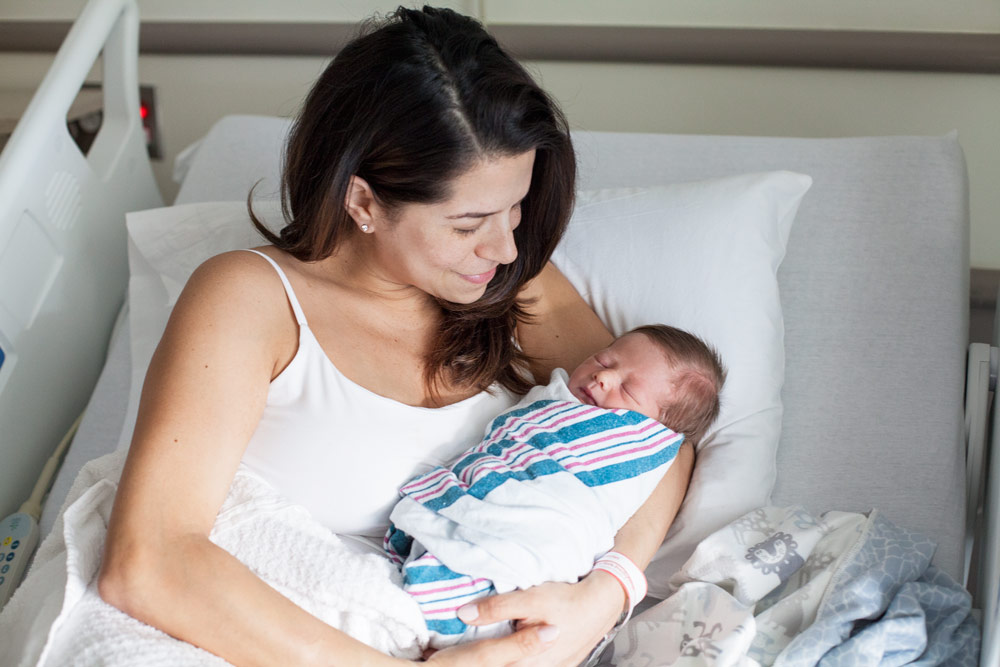 When I started 2016, I never would have guessed that I’d be ending with the arrival of a beautiful baby boy. I still remember the day when I realized I was pregnant. At the time, I was only three weeks along, but I knew immediately. Just has a feeling. The next nine months brought many changes both physically and mentally. The first trimester was a breeze and filled with lots of excitement and naps. The second trimester, however, I started to experience a few mood swings, but overall I was progressing in the right direction. During the last trimester, there was a lot of anxiety. I just wanted Sebastian to arrive so I could meet him. One of the things that was most surprising was that through everything I read about being pregnant, mine was not how it was described. Everyone is different and you just don’t know until you know.

The last month of my pregnancy is when I became much more anxious. Up until our last doctor’s appointment, we received nothing but good news. However, at our last appointment, the doctor was somewhat fearful the baby was no longer growing so she referred us to the hospital to have an ultrasound done the very next day. It wasn’t so much fear, it was more of just being cautious but I had a feeling he was getting ready to come out. My stomach was measuring small and she wanted to make sure the baby was still growing. I had a fairly small belly my whole pregnancy so it wasn’t something completely out of left field. Matt and I were both a little thrown off, but we made the appointment for the following day, December 9th in the afternoon.

The morning of the 9th, I was awaken by a slight discomfort around 5am. The previous night we had friends over for pizza, so I didn’t think much about it, assuming it was just an upset stomach. As the discomfort started to become a pattern, I finally decided I was having contractions.  To help ease the pain, I took a shower and started doing my breathing exercises. Meanwhile, Matt packed up the bags and took care of the animals. Around 7am the contractions got stronger and were now 3 to 5 minutes apart. After calling the doctors office, they recommended that I wait a little longer before coming into the hospital. My biggest fear was being sent back home.  So I took their advice and I waited. During this time, I was texting my good friend, Fallon, who was a lifesaver that day. She told me, “You’ll know when you’re ready to go to the hospital.” After 10:30am when the tears started to fall from the pain, I knew I was ready. You hear that contractions hurt, but I wasn’t prepared for that amount of pain.

Our wonderful doorman hailed a taxi for us and we headed uptown. That might have been the longest cab ride of my life. We finally made it to the hospital and naturally there was traffic getting into the hospital entrance (only in Manhattan). If I would have been able to walk, I would have walked to the front door, but at this point the contractions were unbearable. Our driver got out of the cab and started screaming at the people ahead of us to hurry up and that I was having a baby here. He was so great and tried to do everything he could to get us in there. A man with a wheelchair came to get me and rushed me to the 5th floor. All I can remember at this point was asking for Matt. If you know Matt, you know he’s as cool as a cucumber, so he calmly said, “I’m right behind you, don’t worry, you are doing great and everything is going to be fine”. Thank goodness for my husband. We checked in and the nurses evaluated me to see how far dilated I was at this point. I was in a lot of pain, which caused me to lose control of my breathing. When I started to hyperventilate it made the baby’s blood pressure drop. That’s when fifteen doctors and nurses came running into a 8×8 room. They gave me oxygen and everything calmed down but I was in so much pain at that point, I didn’t realize till later in that day what had happen.

Although I was only 3cm dilated, they admitted me into labor. As they showed us to our room, I got to meet the nurse who would be taking care of me that day. She was incredible. The day wouldn’t have been the same without her. After getting settled into our room, I received my epidural. Like so many things, you have a specific plan in place but oftentimes you have to adjust due to circumstances. I initially didn’t plan on getting an epidural, but with my rolling contractions, I wanted one as quickly as possible. And thank goodness, because within minutes I felt completely relaxed. From that point on, it was smooth sailing. Everything else seemed to fall into place. Our doctor was working the evening shift, which was amazing and put us even more at ease. She came to check on me at 2pm, at which time my water broke and I was 5cm dilated. From that point on I dilated 1cm per hour.

Around 6:45, I called in the nurse and told her, “I think it’s time”. I could start to feel the contractions through the epidural and knew the baby was on his way! She called in the doctor and sure enough, I was fully dilated. This was such a surreal experience to know that I was minutes away from bringing my child into the world. Truly amazing! At 6:54pm the nurse began helping me practice the pushing for labor. After a few rounds of that, my doctor came in and we started the process! The contractions were so strong, which allowed me to know when to push at the proper times. There was only four of us in the room. Matt was my biggest champion, definitely don’t think I could have done it without him. He kept telling me to be strong, breathe, and push through the pain. His encouragement honestly gave me the strength (I know, so cheesy). After eight big pushes, Sebastian was born at 7:39pm! They immediately handed him to me. Will never ever forget the moment our eyes met for the first time was absolutely amazing. Matt cut the umbilical cord, which I reminded him to cut at close as possible. 🙂 The rest was a series of smiles, tears, laughter and kisses. It was as perfect of a day as we could have hoped for and we are so incredibly grateful for everyone that helped make it that way.

Thank you so much for all your support over the last 9 months, it’s been such a pleasure sharing my experience!

Originally I was going to share some of our favorite moments as parents, but I got a little excited about the actual birth story! I’ll save those memories for another day!