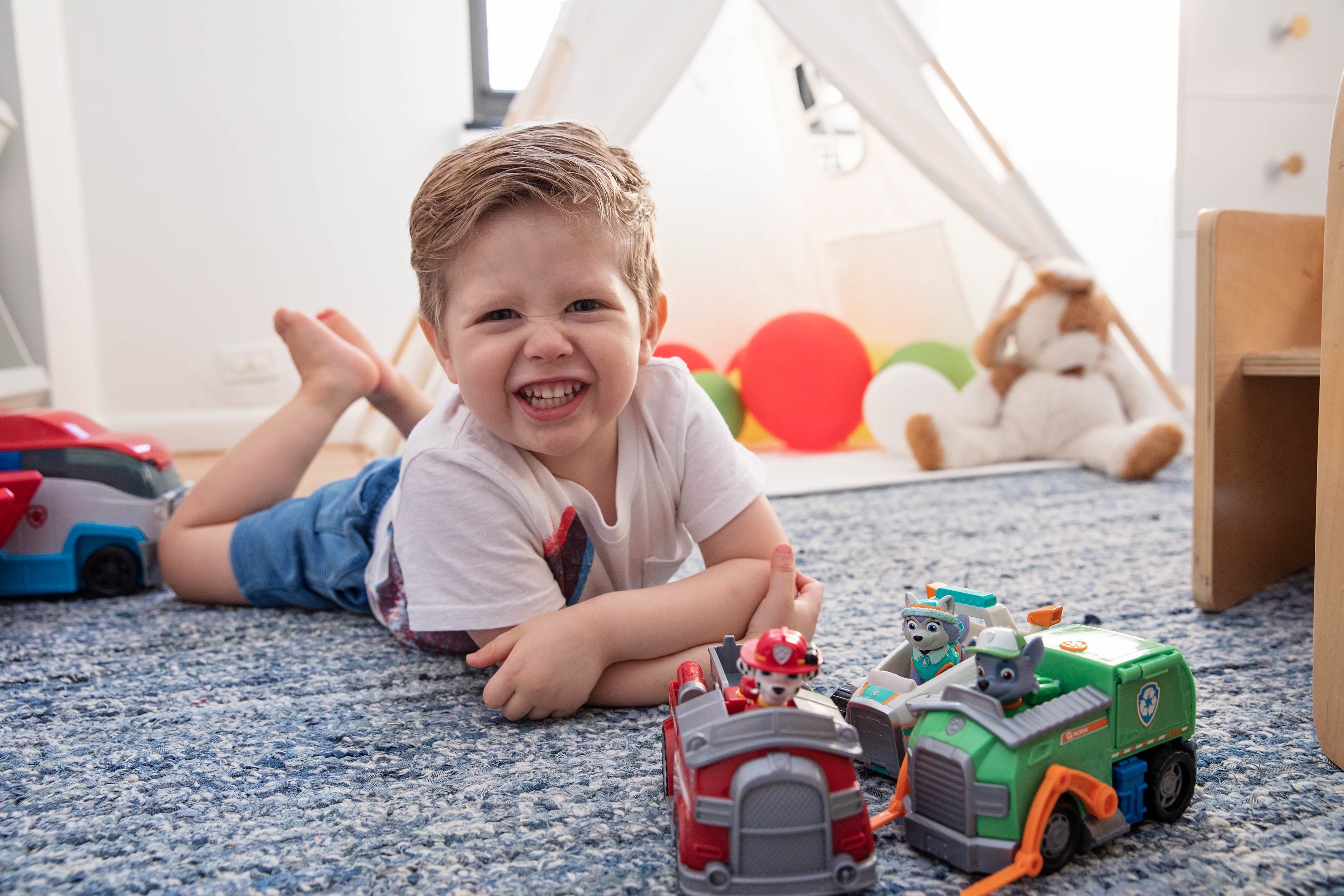 It’s hard to believe we’re just a few short months away from Sebastian’s 3rd birthday. Our last update was at 27 months and so much has changed since then. We have moved twice, changed schools and started a new business. He has grown up so much and becoming little Mr. Independent. It has happened in a flash.  We have tried to stay as in the moment as possible with him as we don’t want to miss anything! As his personality grows, he goes in stages with what he likes and doesn’t like. Nothing changes more than his toys and books. We just got him his first library card to the New York Public Library. They have the cutest little kid’s section. As for toys, we just moved a bunch of them to storage and set aside even more for donation. We are trying to be better about keeping his toys/games to a minimum at any one time so he learns to be more creative with what he has. I love seeing his face when he opens up a new toy or gets a book, though! The smile is priceless. I highlighted some of his new favorites from Walmart below… 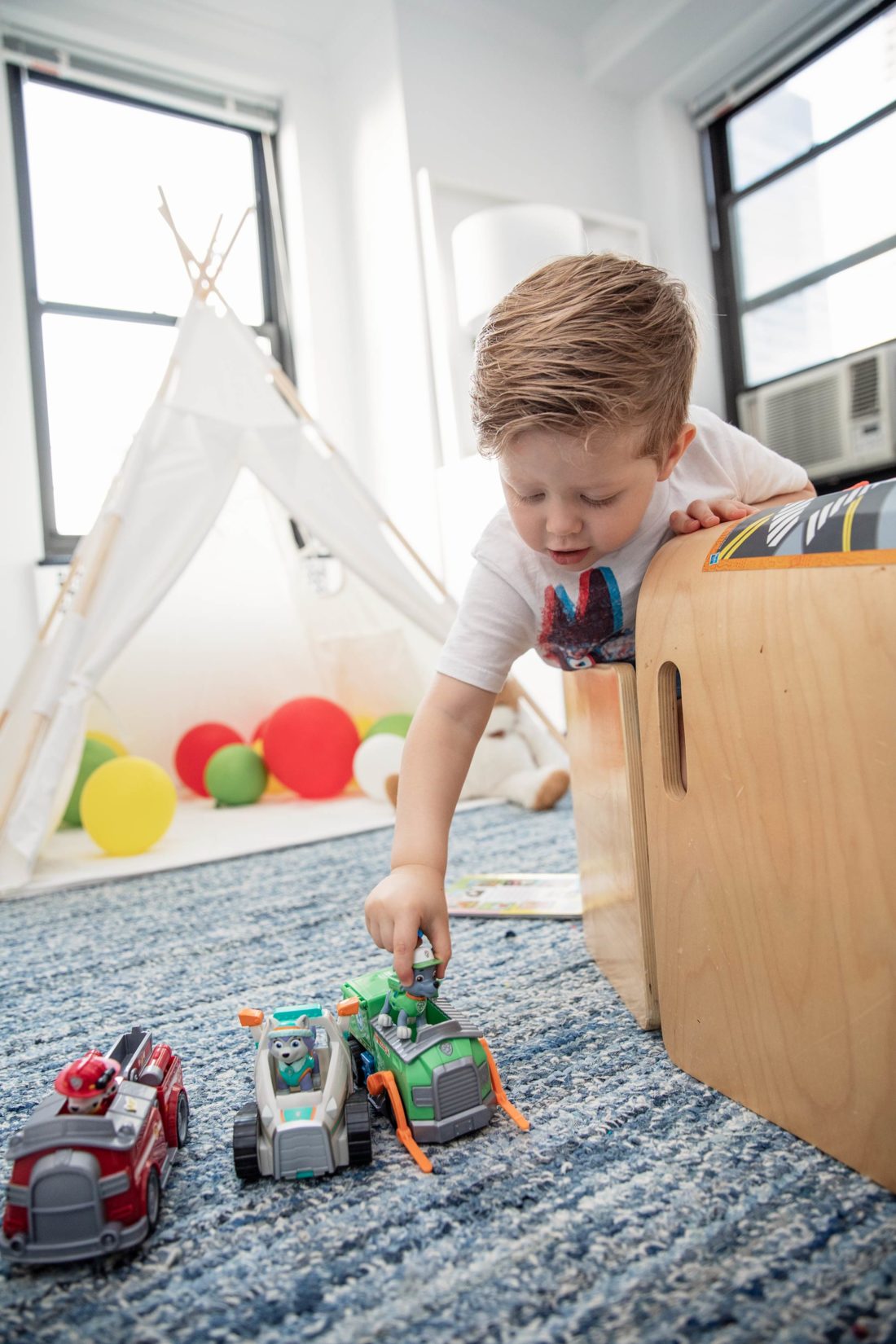 Right now Sebastian’s favorite cartoons are Paw Patrol and PJ Masks. Earlier this year my mom picked up the Paw Patrol characters, Marshall and Rocky from the local Walmart in Lee’s Summit, so we decided to add to his collection. Sebastian spends hours in his room playing with his Paw Patrol collection including their bus and airplane. He loves opening up the bus and putting in all the characters. It’s an interactive toy and also incredibly durable! Sebastian can be tough on his toys, so it’s great that these toys have the ability to withstand a few bumps and bruises. And they have a lot of them.

This interactive camera is also one of Sebastian’s favorite toys. He loves to take photos when Matt is taking pictures. As you can see, he’s still figuring out how it works! I’d highly recommend this camera to anyone for their little toddler. It takes real photos and videos that you can view on the screen in the back. Such a fun way for kids to get into photography. It helps with Sebastian’s concentration, too. 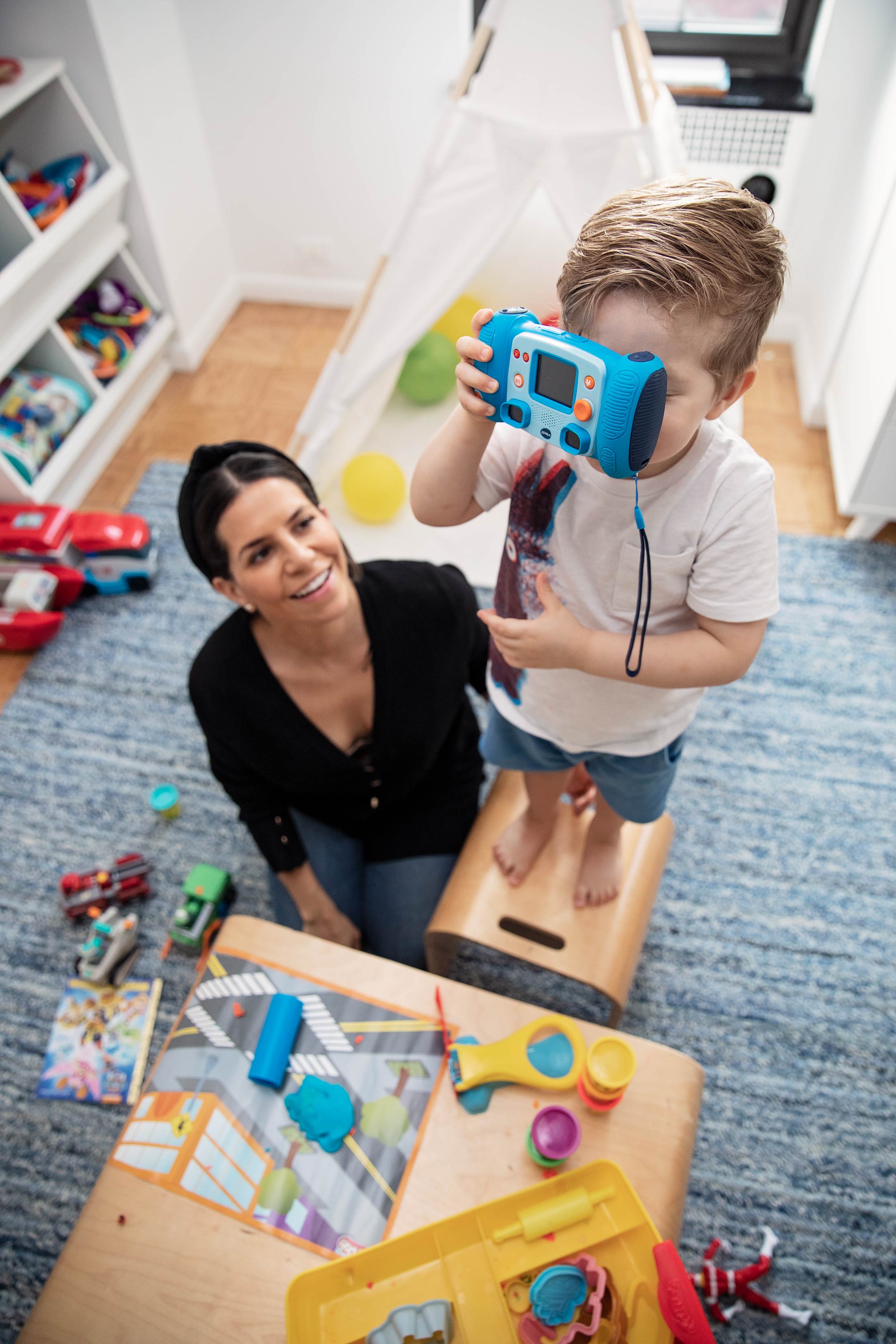 We love the games from the Walmart toy selection. The Baby Shark and Connect 4 are two of his most played with games. I think he likes being able to play with everything on his own, without a 2nd player. This way he has no one telling him how to play the game. He just makes up his own rules, which is hilarious to watch. 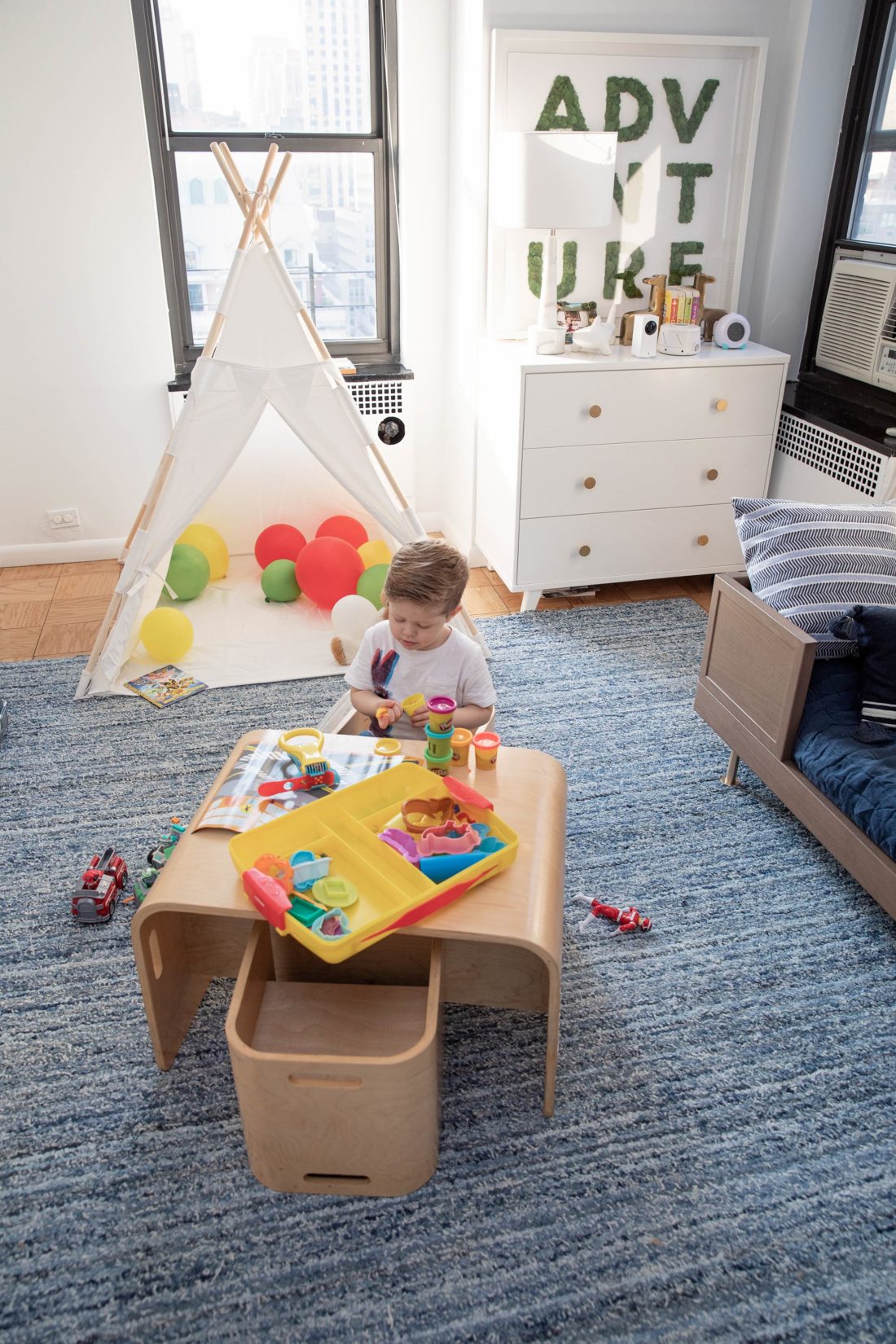 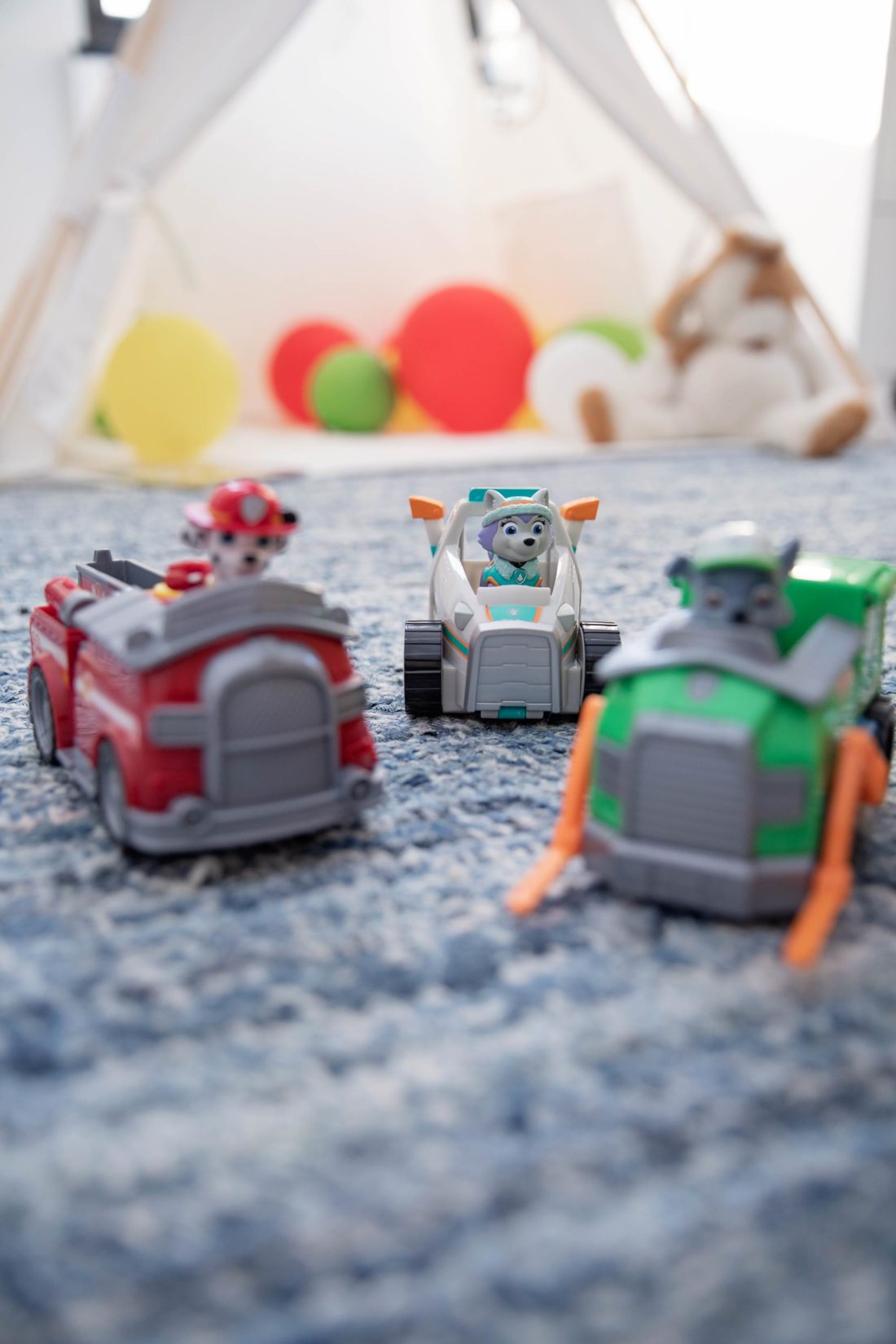 Another toy set that keeps him busy for at least an hour or so is his Play-Doh set. Sebastian has the Learn & Discover set. We typically put down a large white piece of paper on the table for him to use while playing. Although it gets on the floor and sometimes in our chairs, it’s pretty easy to clean-up afterwards. What I love about this set is that it’s kid proof for the most part. Only difficult thing for him is taking off the lids without us. I love this about it actually, because if he wants to play it, we need to help him set it up so we can get it all mess proof. The next set I want to get Sebastian is the kitchen breakfast set. We love making waffles on the weekends, and it would be so cute to see him make his own Play – Doh waffles. 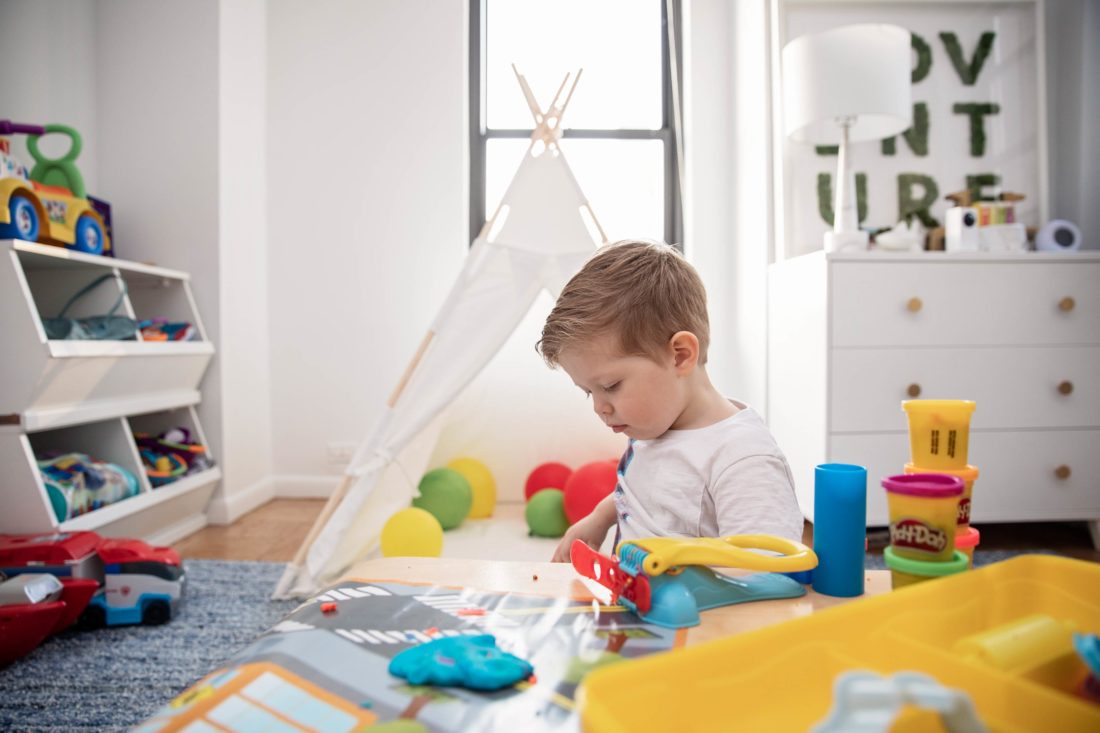 Sebastian also loves his action figures. Everything between Power Rangers to Spiderman. While shopping for a few new toys, we also grabbed a few Halloween costumes and right now he has his heart set on being Spiderman! Can’t blame him, I love Spiderman too. I’m so excited for Halloween! There are some really neat things to do here in the city.

Can’t wait to share more as we have so many fun things planned as a family. Are there any new toy obsessions that your little ones are loving right now? Let me know! Have an amazing week!