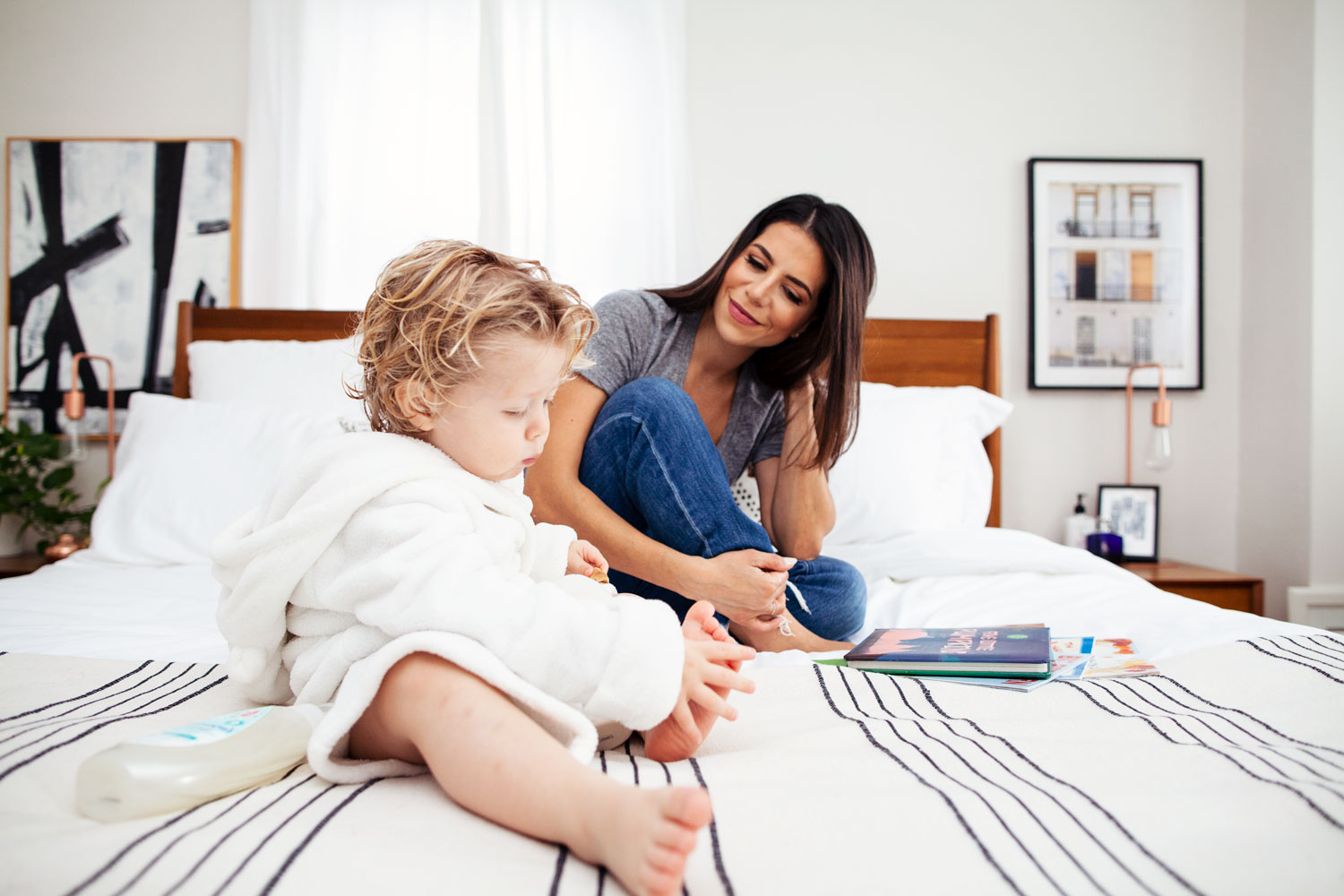 Having children should come with a manual. I know there are a million books out there but where do you start? Everyone is so different on top of it all too. As a parent, there are so many times that you think to yourself, “I have absolutely no idea what to do.” This will typically manifest itself in a panic state that quickly turns into guilt. This happens because we tell ourselves that we are the parent and we should know these things. But then rational thought kicks in and you think to yourself, wait…I’ve never experienced this before. It’s a vicious cycle. If you’re a parent, you can probably relate.

In the Fall, Sebastian started his current routine at daycare. He goes every day and finishes in the afternoon. It was about a month after we enrolled him that the teacher mentioned to us that they were bringing in a speech pathologist that week and to let her know if we would like Sebastian to be tested. Of course. Why not? We didn’t think too much about it. After all, he wasn’t even 2 yet. The following week he comes home with a letter. The letter reads that the speech pathologist recommends speech therapy. I casually posted about it on Instagram Stories, not knowing the importance of the recommendation. Truth be told, we kind of brushed it off. But as hundreds of messages came into my inbox, I realized it was more important than I ever imagined for a kid his age.

At the time of his assessment by the speech pathologist, he wasn’t completing sentences. It was mainly just singular words and some 2-3 word sentences. As the parent, I didn’t even think about it. I just thought, he’s still a baby and that will come with time.  I spoke to the teacher the following day about the letter and she casually said it might be helpful to have him go see someone. Again, she was very casual and wasn’t super concerned or anything about his progress. Keep in mind, we love the teachers and school. It’s a small daycare, very intimate,  and we’ve been attending classes there since Sebastian was 4 months old. 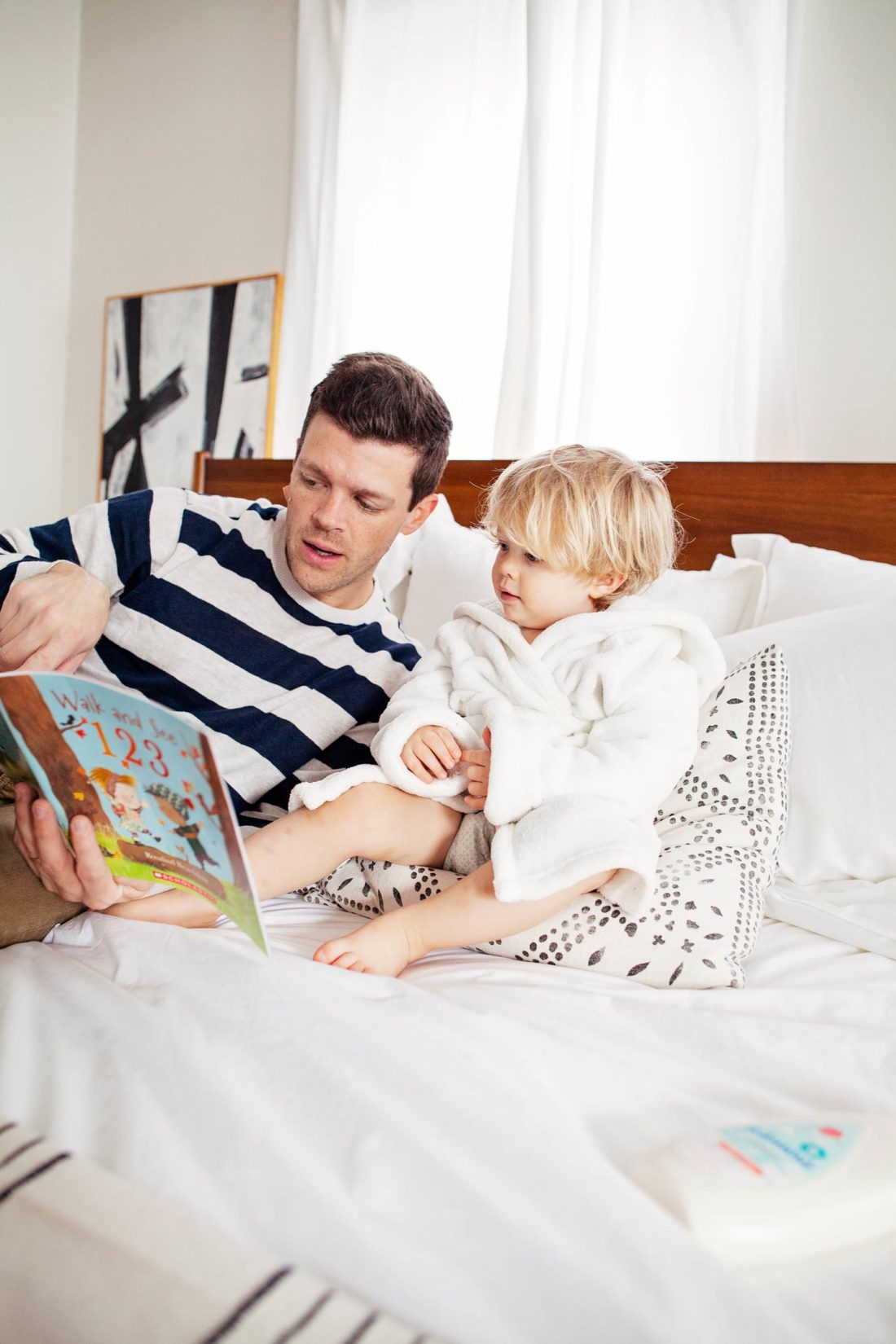 It Takes a Village

The following week, Sebastian had a doctor’s appointment. Matt took him. While he was there, we had the doctor give us his recommendation on everything. He continued to stress that he’s a normal kid and was progressing as he should for his age. He didn’t think it was overly necessary to get any speech or motor assessment unless we just really thought we needed to. At this time, we tried not to overthink anything.  We wanted to wait till he hit 2 years old and then make plans at that point. Over the next few months, we started to read to him even more and offer a more astute eye to his every move. We wanted to pick up any habits that we would want the doctor to take a look at when we take him in for assessments.

Winter break was fast approaching and we had our very first parent-teacher conference. We were excited and nervous. It was almost like we were going to get assessed as parents. It was a bizarre feeling actually. As we sat in his tiny classroom in the tiny chairs, we listened to the teachers as they walked us through a full assessment of Sebastian. Everything from motor skills to verbal. In this meeting, they really stressed a few things including spatial awareness.

Sebastian often has ZERO spatial awareness. Meaning, instead of avoiding things (or people), he’ll just run into them, trip over them, the list goes on. He just picks himself up, brushes off his bruises and gets back to it. We asked them if they had any recommendations on where we can proactively take him just to get a professional set of eyes on him and get their thoughts. They recommended a place that happened to be close. 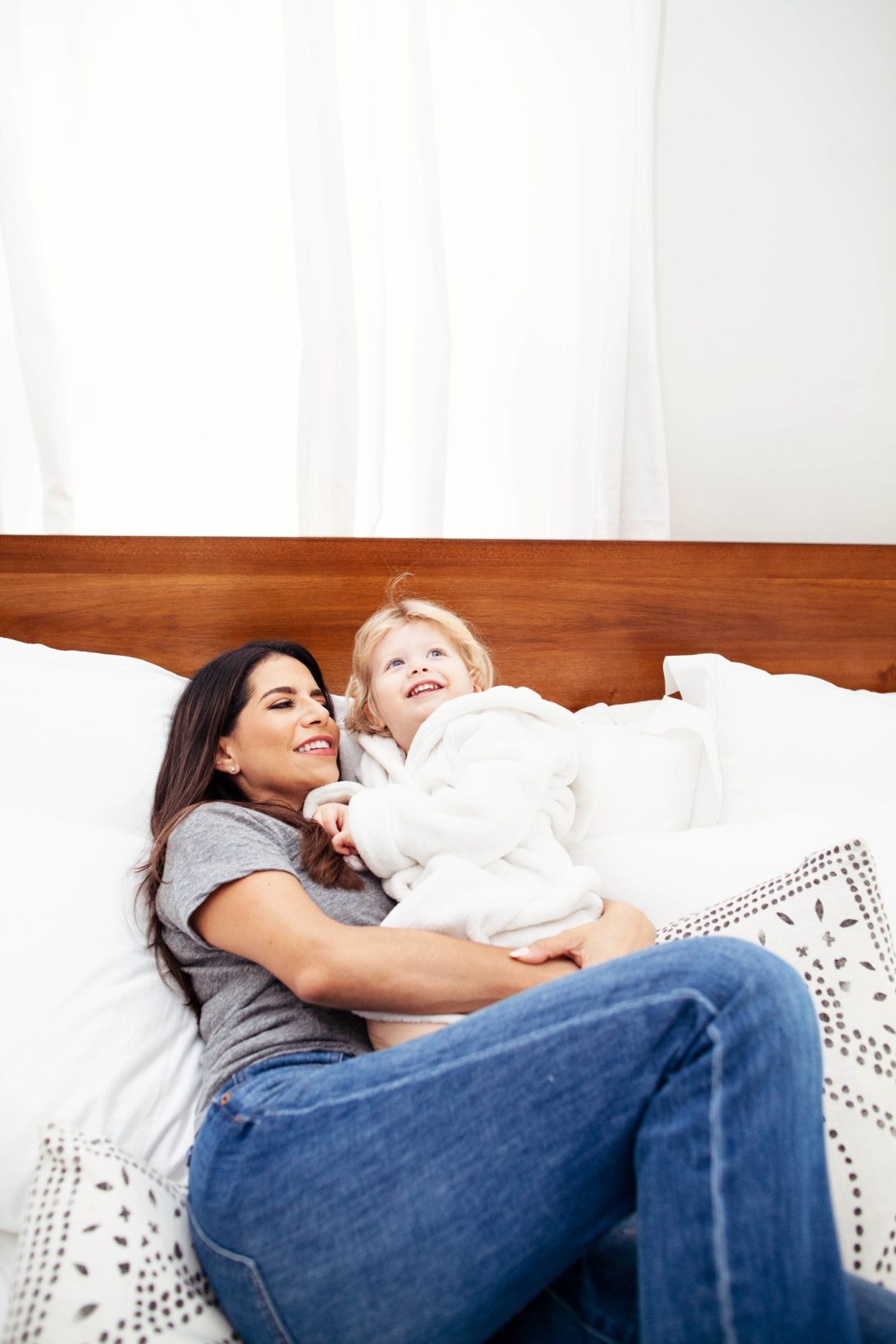 After the meeting, Matt and I agreed to make an appointment to at least get him assessed. We first met with the Director later that week to talk through what we’re seeing and what our concerns were. During the interview, we showed him videos and images of Sebastian. One thing we did discover is that his knees will slightly bend inward and touch on occasion. He tends to walk and land on the insides of his feet. The Director said that this is fairly normal but good to get ahead of these things if possible. So, the next step was to meet with both a speech and physical therapist on separate occasions. Overall, the place is incredible. It was like an Olympic gymnasium for children! He was going to have so much fun here.

Even with that said and knowing he didn’t have anything truly wrong, it still felt so strange. It’s hard to explain or fully express. As we walked around during our tour, I started to get emotional as I watched other children in the center. A few times I felt myself zoning out. The times when everything goes silent and you hear nothing, that was me several times. At the end of our meeting, the Director gave us the names of two of his therapists who would be following up to get the formal evaluations scheduled. Just like that, we got Sebastian scheduled for the following week for both speech and physical therapy. 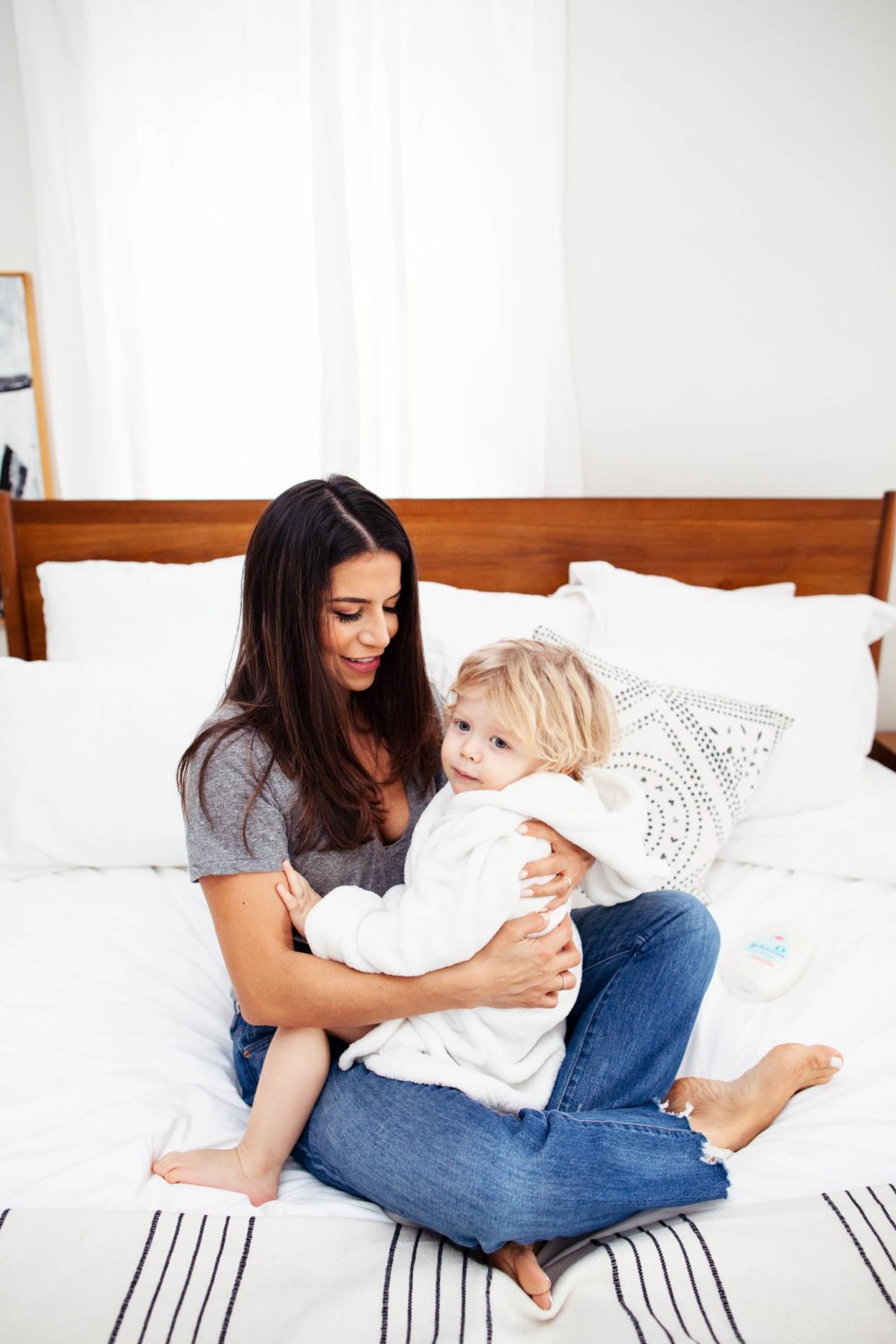 Even knowing this was good for us and whether it would even be determined if Sebastian would need any additional help or not, I was still skeptical with the whole thing. I can be a bit of a skeptic. I always think people are out to get my money, especially when it comes to children and pets. There’s a whole story with Batman but let’s leave that for another day. That following week, Matt took Sebastian in to see both of his therapists to get his initial evaluations. They went great. Sebastian had a lot of fun and we got quite a bit of positive feedback right away.

It takes about a week to get the formal evaluation and results back to discuss with them. So in the meantime, we are just working with him on a few things that the speech therapist recommended we can do at home with him. We both felt really good that we took him in as the most important thing to us is to make sure we provide little Sebastian with everything he needs. Below is the initial screen for speech.

The Speech Supervisor expressed that his language is a little behind and that his language comprehension is mildly delayed at this point.  She recommended speech therapy to help bridge that gap while specifically targeting expanding his expressive vocabulary, increasing his phrase length and also improving his articulation a little bit.  At times she found it difficult to understand him (which is not uncommon or atypical for his age), however some of the sound errors were not necessarily typical for his age, so they want to target those sounds in the future.

She gave us a few recommendations to practice with him at home:

During structured times (i.e. bath, meals, getting dressed), model lots of 2-word phrases for him such as: “Sebastian splash”, “Wash hair”, “Pants on”, etc.  While they want him to start using more complex sentences, it’s hard for a 2 year old to process longer sentences.

During less structured play, try and encourage him to end activities before starting something new.  This doesn’t necessarily mean cleaning up completely, but rather saying “all done” or something like that before moving onto the next. Having this more concrete opening and closing of activities will improve his attention and readiness to learn more language.

I loved her recommendations and excited to see Sebastian move forward with the process. A lot of people have asked me, “How are you?” And to answer this question, I’m blessed to have the opportunity to help bridge the gap for Sebastian early in the process. Speaking from my own personal experience, there were times in my childhood that I really struggled with reading and verbal expression. Would have loved the extra encouragement to help build my confidence.

Hope some of you find this useful and thank you for following along in the process.