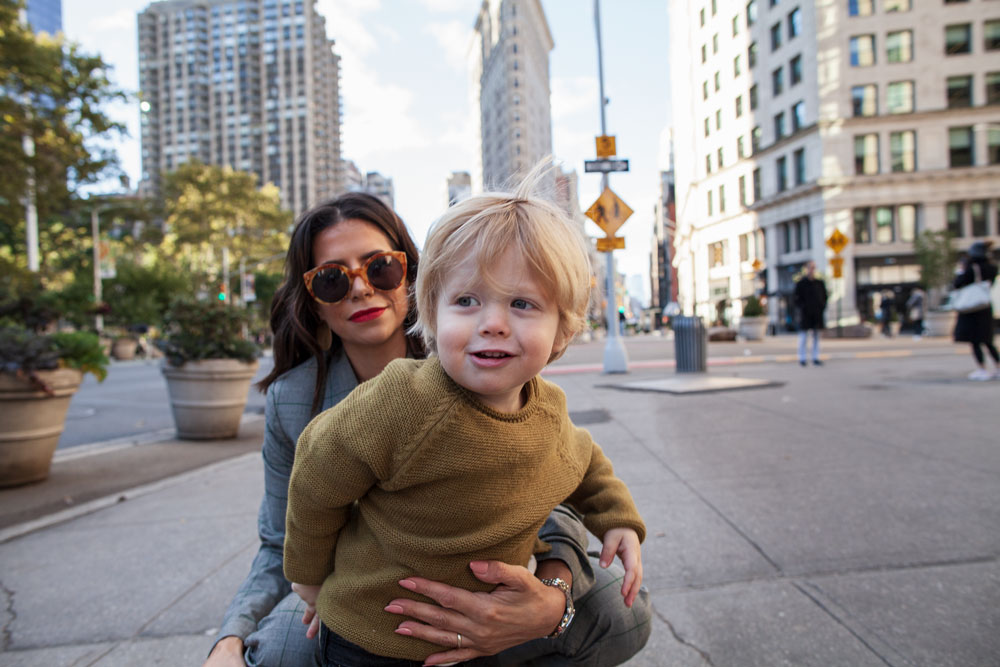 I’m writing this post with just a little under a month till Sebastian’s 2nd birthday. I can’t believe we’ve already experienced two years with him. It feels like yesterday we were in the cab driving to the hospital, waiting for our beautiful baby to arrive. Sebastian turns 2 years old on December 9th. He’s a Sagittarius, like his mommy. Bringing him home on my birthday was the best gift I’ve ever received.

Now I know why my mom would always tell me the story about the day she had me. There’s truly nothing more magical than bringing your child into this world. We were so blessed. Even on the tough days, Matt and I always end the day telling each other how lucky we are to have him in our life.

I’m obviously feeling very nostalgic today. Having Sebastian has given me an even greater appreciation of time. Watching him grow up every day has really made me cherish every second, minute and hour each day.

If you had a chance to read Sebastian’s 18-month update, I shared some of his favorite things at the time. Most still hold true. We haven’t introduced anything new since summer, but we’re experiencing a whole new phase with Sebastian. 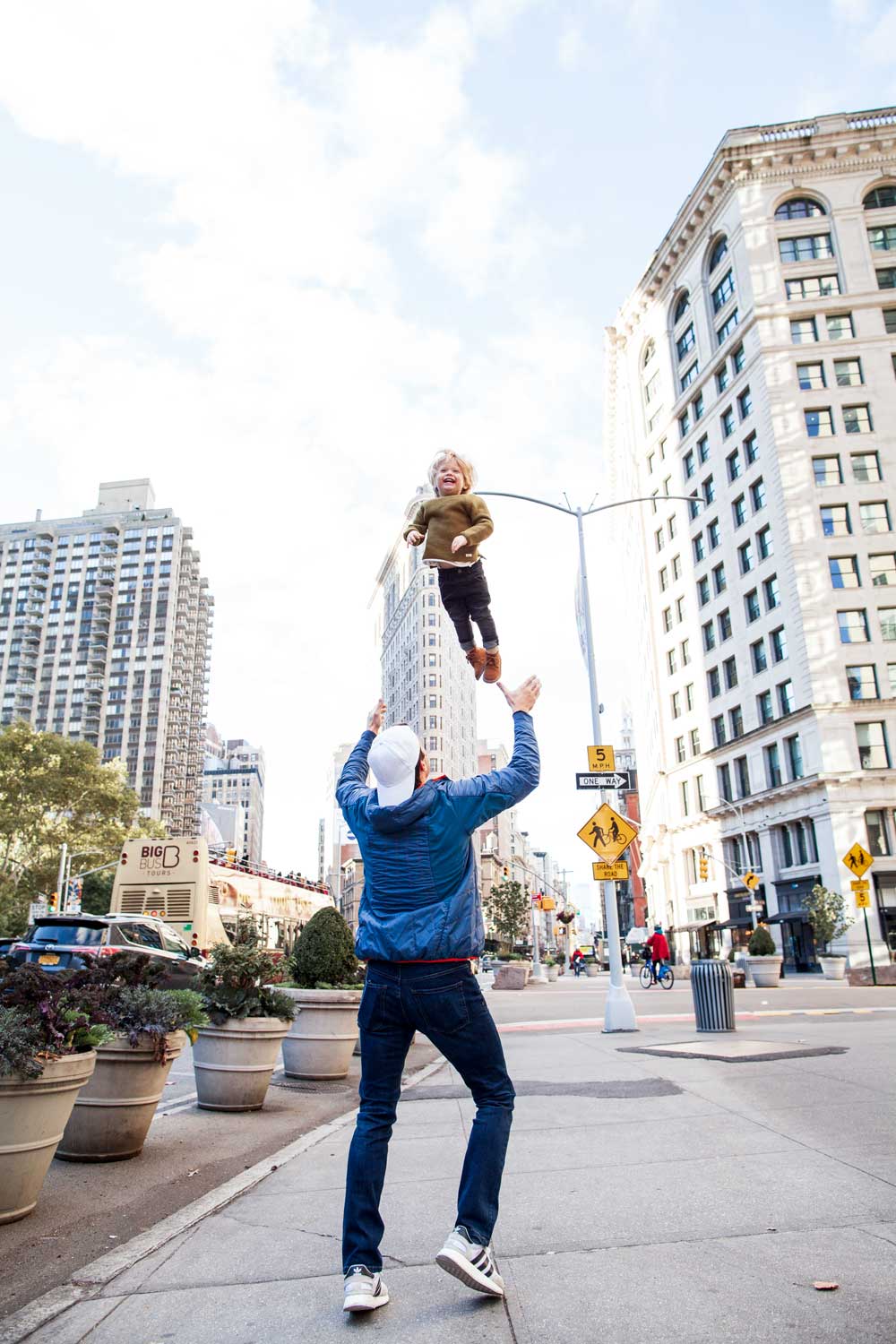 If you happened to catch a recent story on Instagram, Sebastian climbed out of his crib a few days ago. We knew this day would happen, that’s why we have pillows and baskets near his crib. In case he climbed out in the middle of the night, we wanted him to be able to break his fall.

But with that being said, we think it’s time to switch him over to a toddler bed. The crib we have converts, so it will be interesting to see how he likes the new bed. I will say, he hasn’t climbed out since that one day. He was really upset I left the room after reading to him. We might have to change our bedtime routine and have Matt put him to bed, but I’ve really been enjoying our time together at night. I’ll be reading to him and out of nowhere, he’ll just give me a kiss. It’s the absolute sweetest thing. I love this stage. He is so affectionate.

My biggest fear about converting him into a toddler bed is him falling out. The bed will have rails, but only on three sides. I still think he might roll around and fall out. Originally, we were going to change his bed this Saturday, but I think we’re going to see how things play out over the next week or so.

After asking so many of you what you recommended, 90% said change him to a toddler bed, while several people said a sleep sack (with a zipper in back, so they don’t zip it down) would help prevent him from crawling out. I hadn’t thought of doing that but it’s a brilliant idea. Unfortunately, we tried it yesterday during nap time and he ripped off the sleep sack and his diaper, so not sure if that method will work for us, but we will continue to try it out.

Several weeks ago Sebastian got a screening for speech therapy. The screening came back with a recommendation for him to take speech therapy. Like any good New Yorker, we were hesitant, thinking they just want our money. After sharing on stories, so many of you shared similar stories about your children benefiting from speech therapy. Others said to wait till he’s 2 years old and make the evaluation.

The biggest concern from the screening was that he wasn’t putting together two words. Naturally a week later he starting putting together 2-3 words and now he’s trying to speak in short sentences.

After speaking to our Pediatrician, he said not to worry about speech therapy at this time as Sebastian is pacing in the right direction. However, we just got a free evaluation just to make sure. We shall see.

A few things for others to take away from this situation; if you have any concerns about your child, having a short screening would be helpful and reassuring. I would have never known there could be an issue with his speech had he not been tested. Also, in NYC, they offer speech therapy for children under 3 years old. Our pediatrician said we’d never qualify for the ongoing therapy program because Sebastian would need to be in the lower percentile of several groups. 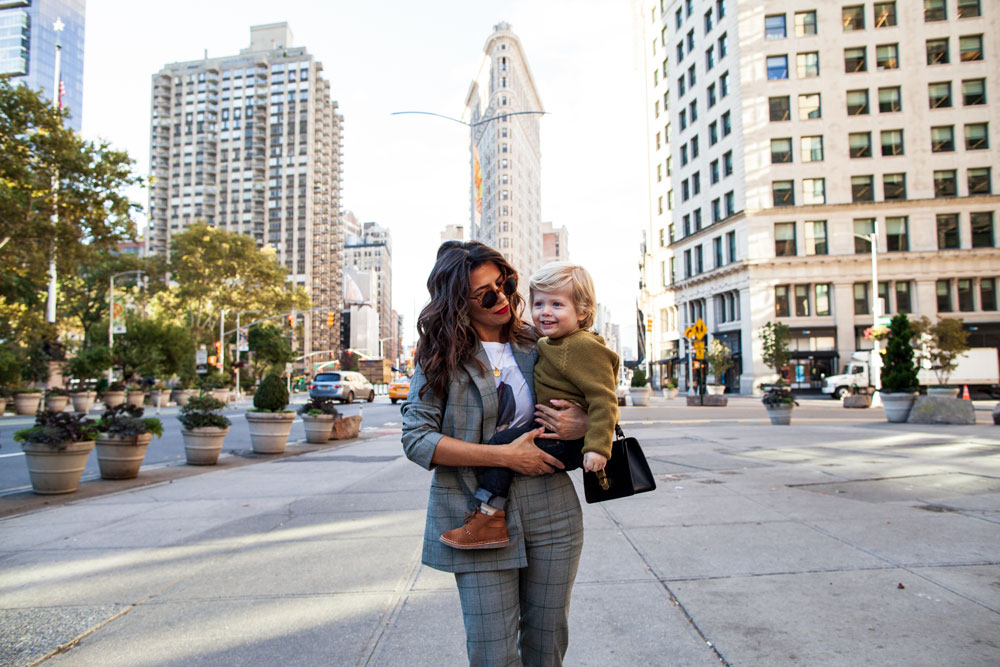 He LOVES school! When he was a baby, we took him to a mommy and me program. He loved it, as did I! Some of you might remember we took him to a daycare, but things just didn’t work out with the teachers. Something was off. We thought things were going well, but he didn’t enjoy being there on a daily basis. During this time, we were also traveling a lot, so he didn’t have a routine. I think the daily routine has helped him quite a bit.

Matt drops him off in the morning and said he no longer looks back at him, Sebastian just runs into school. He also seems to be learning a lot on a daily basis, we’re both so surprised how much he knows when he comes home each day.

Over the summer we didn’t read to him much at all. We simply didn’t put enough effort into this part. The speech screening was a big eye opener for us as parents. We bought him several new books and now have dedicated reading time with him. Scholastic is our new go-to for books as they have a partnership with Sebastian’s school.

This little phase started a few weeks ago and it’s so adorable. Regardless of what we ask him, the answer is always no even when he doesn’t mean it. It’s hilarious. Then out of nowhere, we asked him if he wanted a new brother or sister, and he responded yes! But then we asked a few minutes later and he said no. Hehe.

Over the summer, we got Sebastian a potty. We also got him a cute potty training book. We wanted to slowly introduce it to him and when we thought he was ready to start potty training, we were going to commit to a full week of training. This is similar to what we did for sleep training at 9 months.

He knows when he has to go potty and if we catch him in time, we will tell him, “Let’s go potty!” and we all run to the bathroom. If we catch it early on, he’ll take care of business.

Since we’ll be home over the holidays, we’re going to spend a few weeks focused on getting him potty trained. 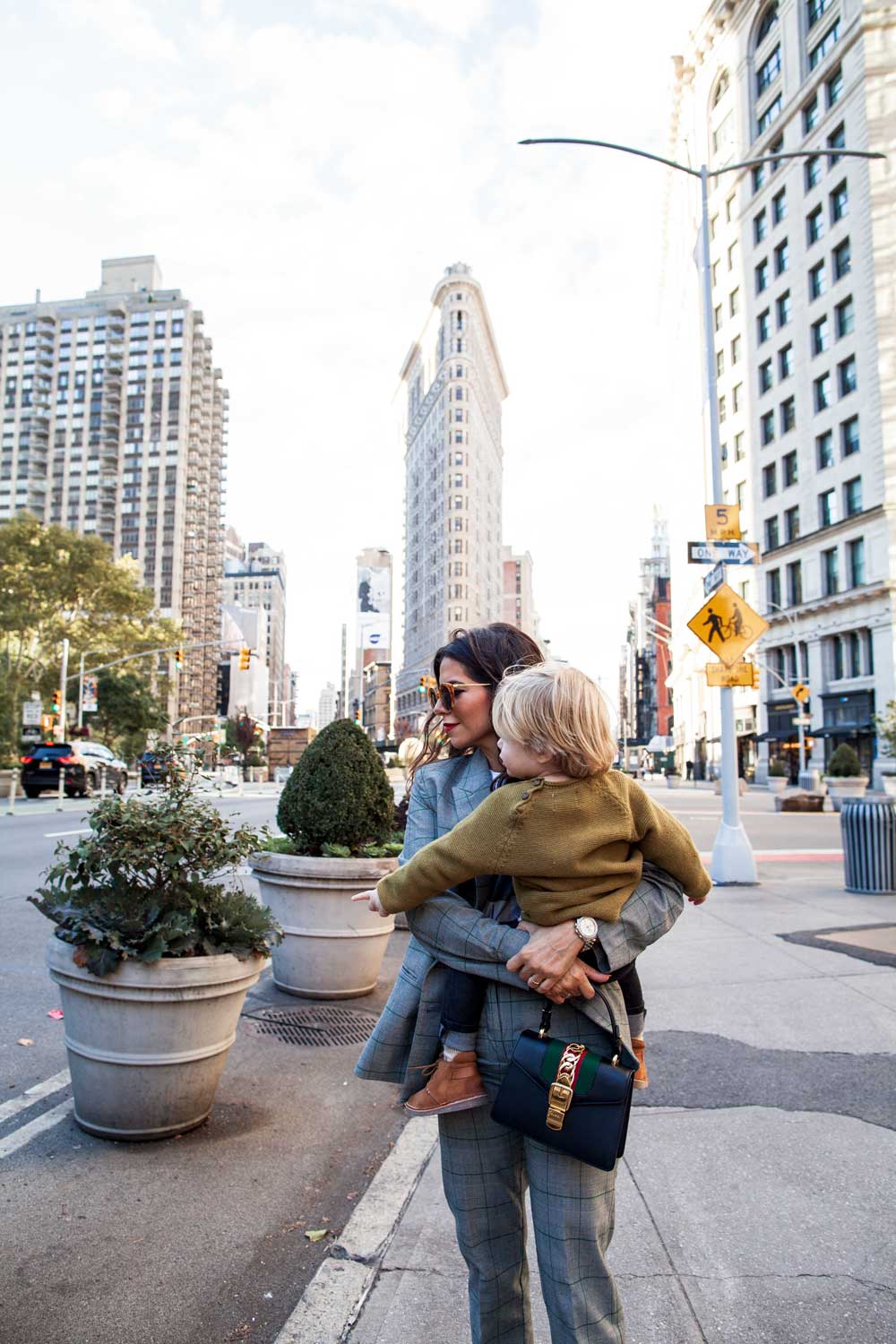 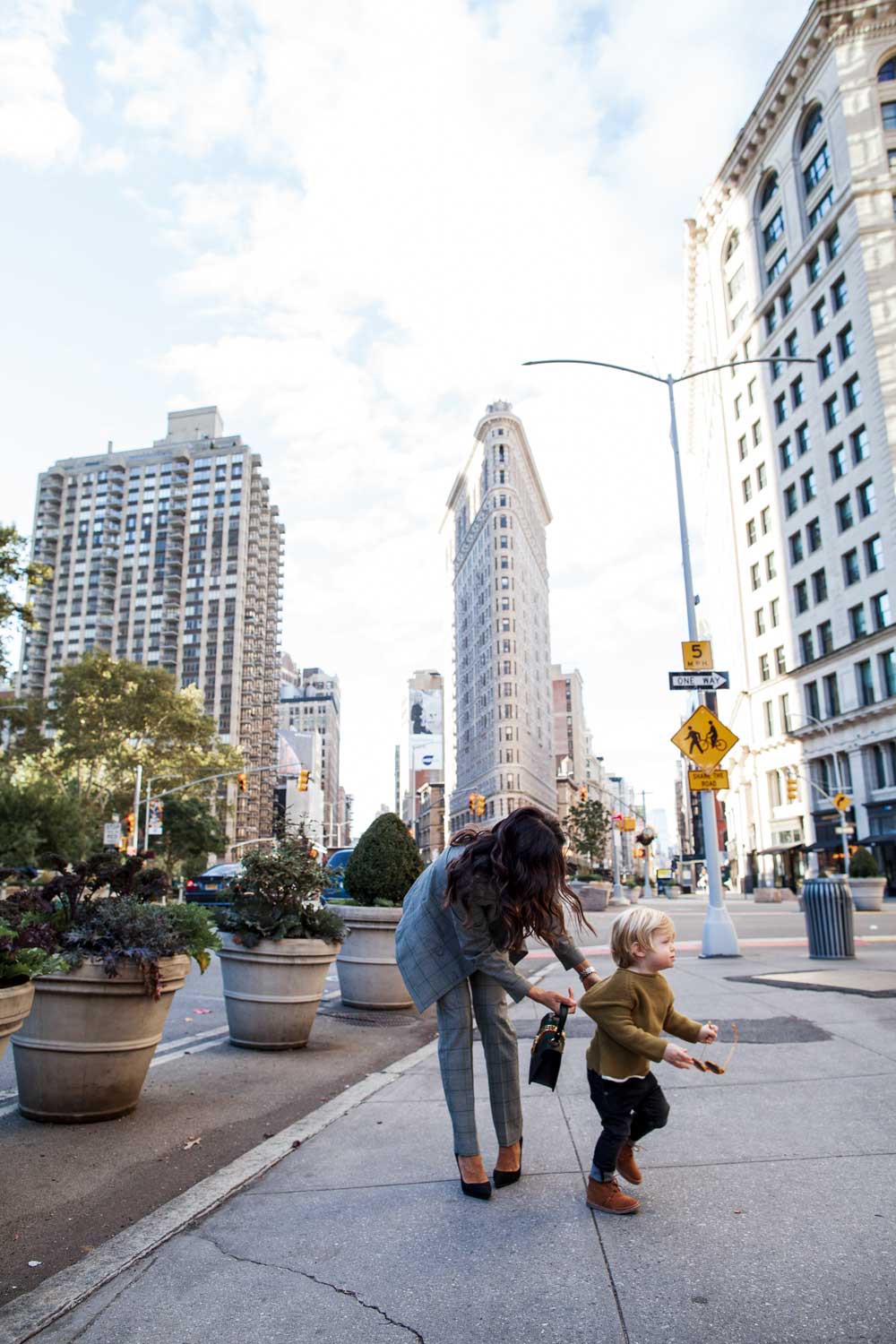 Here’s a look at our schedule. It hasn’t really changed since he first went to daycare.

My philosophy on discipline

When it comes to discipline, I try and keep a level head. I rarely get upset when he’s throwing a tantrum or acting out. I let him run through his emotions, talk to him about the situation and try and reason with him. When he does have a tantrum, he’s usually tired or hungry. I’m in the middle of “No-Drama Discipline” and have learned a lot of new methods about disciplining Sebastian.

Last night Sebastian woke up in the middle of the night. He hasn’t done this since he was 9 months old. Since we were still awake, he stayed up for a little bit and we watched our show and talked to him. We were asking him a few questions and one of the questions we asked him was, “Do you want a brother or sister?” (no, I’m not pregnant) and he said “Yes!”. I thought that was really cute, we then asked him if he wanted to take care of the baby and he said “No!”.

This is a sore subject for me, because when Sebastian is home he takes a 2-3 hour nap. Now that he’s at school, he only sleeps for 1.5 hours. I know the days he doesn’t nap, because he immediately throws a tantrum when I pick him up. On the weekends, he has the opportunity to take longer naps and it helps with his behavior throughout the day.

Taking away the bottle

A few months ago the pediatrician told us to take away his bottle at night, but honestly, he wasn’t ready, nor were we. We decided to slowly stop giving him milk at bedtime. It got replaced with brushing his teeth and reading. My piece of advice in this area, do it when you think the family is ready to make the transition. And do it slowly. A few nights he was crying hysterically because he was overly tired and wanted me to stay in his room. Those nights he didn’t want to take the bottle, so we took advantage of those nights and removed the bottle from his crib and did the same the following night.

Love experiencing this stage with him! If you have any tips, please let us know.